"Meditation is Awesome" is a series of excerpts adapted from a Masters paper I wrote in a Neuroscience course. The writing expresses my passion and dedication to the importance and transformative nature of meditation. When one engages in meditation it truly uplifts your entire being, and there is a plethora of research in endorsement!

(please note that meditation is a type of mindfulness and they will be used interchangeable throughout these writings).

Meditation has been practiced for thousands of years in many parts of the world and as an aspect of many religions. The ancient tradition of Yoga, which outlines practices in stilling the mind for ultimate health was documented almost two thousand years ago in the Yoga Sutras of Patañjali (Hartranft, 2003).

Meditation need not be a mystical or spiritual activity with magical effects. One does not need to have a designated spiritual belief or pursue enlightenment to enjoy its benefits, thanks to elucidating research in neuroscience! Not until recently has its mechanisms in the brain been realized and its benefits been uncovered by Western clinicians. Finding inner joy and peace is not only for monks, shamans, and yogis anymore. Meditation (or mindfulness) is a way to regulate your own brain and increase your well-being.

Meditation involves multiple parts of the brain and one of its benefits is creating a secure attachment in practitioners that grew up with an insecure attachment pattern as infants (Siegel, 2009). When we (therapists) work with our clients, it's this secure attachment that we are guiding our clients to attain. Our hope is that our clients instill healthy behaviour and thought patterns, emotion regulation, and reliance on self so that they attain a higher sense of well-being. Mindfulness changes the brain to achieve this.

Mindfulness based therapies are being incorporated into therapeutic disciplines such as social work and new scientific knowledge is modifying the way social workers practice. Mindfulness has shown to facilitate therapeutic effects in patients with a myriad of ailments such as cancer (Ledesma & Kumano, 2009), ADHD (Rubia, 2009), substance abuse (Dakwar & Levin, 2009, and Chiesa & Sereretti, 2010), anxiety, depression, bipolar disorder, chronic pain, rheumatoid arthritis, fibromyalgia (Chiesa & Serretti, 2010), and trauma (Emerson, Sharma, Chaudhry, & Turner, (2009). Social workers work in hospitals, agencies, and private practice supporting the well-being of their clients, therefore mindfulness and its ability to affect the brain is pivotal in our ability to help our clients heal from suffering. It is important to note, however, that although meditation reaches many people, it may not be suitable for everyone and caution must be taken to ensure safety.

Chiesa, A., & Serretti, A. (2010). A systematic review of neurobiological and clinical features of mindfulness meditations. Psychological Medicine, 40, 1239-1252.

Rubia, K. (2009). The neurobiology of Meditation and its clinical effectiveness in psychiatric disorders. Biological Psychology, 82, 1-11. 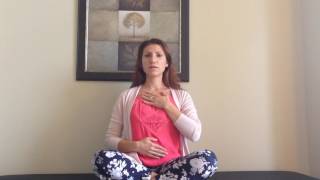 A Breath of Fresh Perspective

The Shower is more healing than we thought!